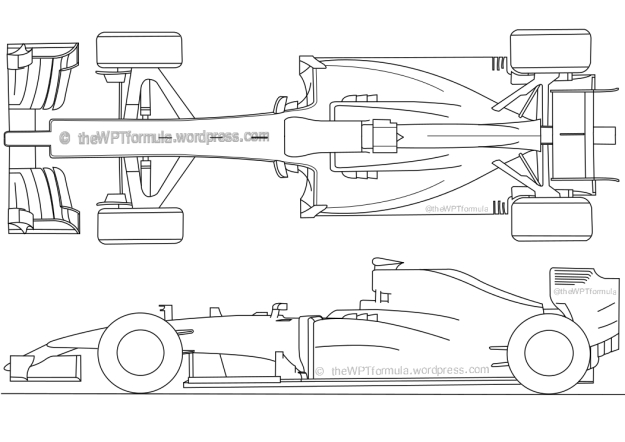 Although I have started my in depth posts on 2014, some viewers have suggested that I do a quick, bitesize summary post. This will be a short overview of the changes in the technical regulations for next season, informing you of all the facts and figures that you will want/need to know before the season commences in Australia, four months away.

For further information on any of items below, simply click on the sub-titles below for a more in depth analysis! END_OF_DOCUMENT_TOKEN_TO_BE_REPLACED

In my second part of my analysis of the 2014 formula, I shall be looking at the changes that are being made to the rear wing. Other than the rear wing itself there have also been some key modifications to the regulations to try to remove downforce from the cars, such as the reduction of the beam wing.

From next year, the technical regulations state that the rear wing profile must be slightly shallower. The mainplane of the wing must now lie 750mm above the reference plane when previously it was 730mm. This follows in accordance with the FIA wanting to reduce drag and downforce from the cars, which will in turn create a slight improvement in fuel efficiency. 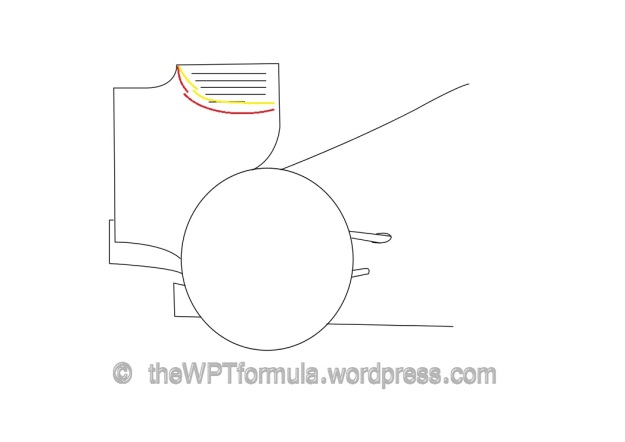 The 2013 DRS regulations allow the top flap to open between 10mm and 50mm when activated. For 2014 this will be increase with the opening allowed to stretch from 10mm up to 65mm.

It is also worth noting that the Drag Reduction Device (DRD) will still be allowed next year, hence the ongoing development from the teams, particularly Lotus, Mercedes and Sauber. END_OF_DOCUMENT_TOKEN_TO_BE_REPLACED 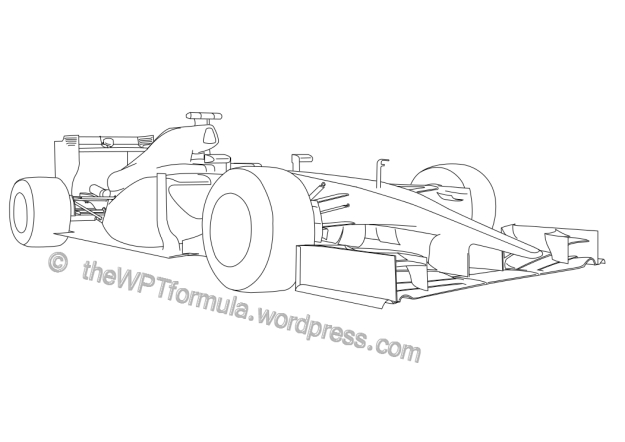 My interpretation of what we could see next year

One team engineer described the 2014 regulation changes as a “tidal wave” compared to the “ripple” that were the 2009 rule changes, and we all knew how drastically different the cars looked aesthetically and how the racing changed, too. Most of the challenge comes from developing the new “power units” – a 750bhp V6 turbo engine with additional recovery systems (recovering heat under braking and heat energy from the turbocharger) to provide a 160bhp boost for 33 seconds per lap (more on this in a later post). Aerodynamically, teams face another task of providing ample cooling to the power units while also maintaining performance, a challenge made harder by new limits being applied to the crucial elements that provide a significant amount of downforce.

As 2013 developments have become scarce, I have decided to start posting 2014 articles a bit earlier than planned. Analysis: 2014 – Aerodynamics aims to look at different aerodynamic solutions for next year’s cars as a number of rule changes come in. This first installment will cover the new front wing, front bulkhead/chassis and nose layout.

The front wing will receive a bit of a trim next year, reducing its width from 1800mm to 1650mm – 75mm lopped off each side. 75mm is quite a substantial amount, so the engineers will have to rethink the way the airflow is managed around the front tyres. 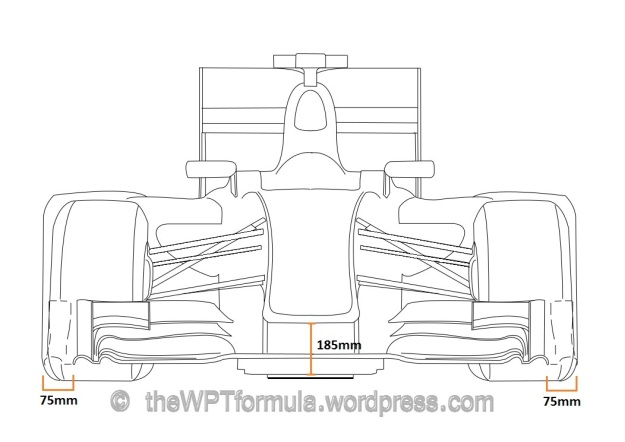 The above image shows what the front wing will look like relative to the current wing (dashed lines). One debate that has cropped up on forums lately has been the idea of reverting back to an “inwash” endplate, pinching the profile of the ‘plate inwards and passing airflow inside of the front tyre rather than than around it like we currently see (via an “outwash” endplate curving outwards). The endplate is beyond halfway of the tyre tread so I would assume that it is still slightly more efficient to produce an outwash endplate. Teams will want to continue with this design as they have been using it since 2009 (when the current regulations came in), so the car’s aerodynamic philosophy will be based around the aerostructures of the outwash endplate. END_OF_DOCUMENT_TOKEN_TO_BE_REPLACED